Guarda – The District and the City 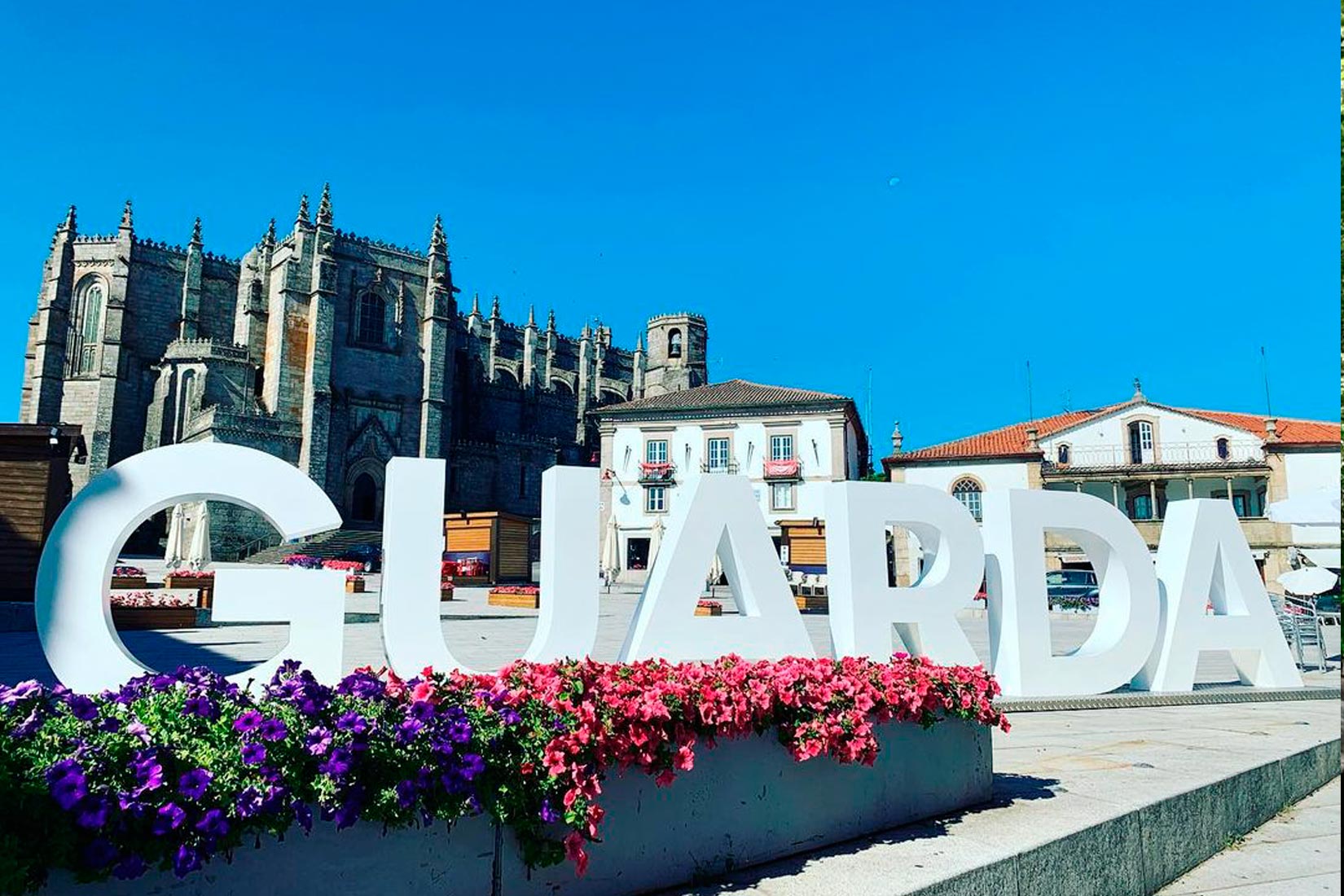 Guarda – The District and the City

The district of Guarda is located in the central-north region of Portugal and covers fourteen municipalities.
It is the seventh largest district in Portugal and is headquartered in the city with the same name.

Extensive and harmonious, it contains an incalculable cultural, natural and landscape heritage, from the Cathedral of the city of the same name, to the Cascata do Caldeirão and the Walkways of Mondego!

Throughout the region, traces of the Jewish people can be seen. The Jews were a hardworking people, ready to help, and they performed various professions: blacksmiths, barbers, goldsmiths, doctors, carpenters. Because there are several Jewish communities in this district, in many places there are Jewish quarters (old Jewish quarters) and museums with Jewish heritage. In the city of Guarda there is a Jewish Quarter.

So, and because it’s a superb and brutal district, don’t forget to explore it from one side to the other and fall in love with its charms. A mix of exuberance, ecstasy and contemplation will be part of your experience!

Guarda, with its 1056m of altitude, is the highest city in Portugall and is located in the Center region and sub-region of Beiras and Serra da Estrela.

The city of Guarda stands out for its granite, for its climate and for its clean, cold air, favorable to the manufacture of its famous cheeses and sausages.

Thanks to its pure and healthy air, the city won the title of first “Iberian Bioclimatic City”. Once upon a time, there was a sanatorium in this city to treat tuberculosis.

It is also well served by railways, especially the Beira Baixa and Beira Alta lines, the latter allowing the movement of people and goods to the center of Europe.

Haughty and beautiful, the city is home to numerous places to discover. So let’s discover:

The Cathedral, of Romanesque, Gothic and Manueline architecture, which was given the designation of National Monument. And it lives up to this rating! Considered one of the greatest monuments of Portuguese architecture, it is the city’s greatest icon. Its construction began in the 14th century, in the reign of D. João I, and lasted until the 16th century, with King João III of Portugal.

The Keep, also known as Castelo da Guarda, at the top of the city, is a symbol of defense and the courage of its inhabitants. From there, breathtaking landscapes can be glimpsed.

The Jewish Quarter, located right next to the walls. Most of the buildings, with Jewish symbols carved into the stones, date from the Middle Ages. In the buildings, there are two doors, a narrower one for the family home that was on the upper floor, and a wider one for access to the ground floor, destined for commerce.

The Guarda Museum, installed in the former Bishop’s Palace, has a very valuable collection, mainly in the areas of archeology, painting, sculpture and weaponry.

The Misericórdia Church, a Baroque style work, with a coat of arms on the upper part of the portal and with exquisitely carved interior stonework and carvings. It was commissioned by D. João V, displaying, at the top of its façade, a niche with the image of the Virgin of Mercy.

The well-preserved Ferreiros Tower is one of the gates of the medieval city, inserted in the walls that used to defend the city. It is classified as a National Monument.

And there are many more to discover, in this city considered to be one of the best places to live.

The city of Guarda, the highest in Portugal, is well known for many of its attributes. Hence it is nicknamed the city of the 5 F’s: Forte, Fiel, Fria, Farta, Formosa. Strong, due to the firmness and rigidity of the granite that predominates on its slopes. Faithful for the integrity and honesty of its people. Cold, due to its climate that gives it a white coat in winter. Plentiful, for the fertility of its valleys, for the currents of its waters and for the varied and rich gastronomy. Formosa, for its majestic cultural, natural and landscape heritage. Of cultural heritage, the buildings themselves speak for themselves.

Within the natural and landscape heritage, the Mondego Walkways deserve special mention.