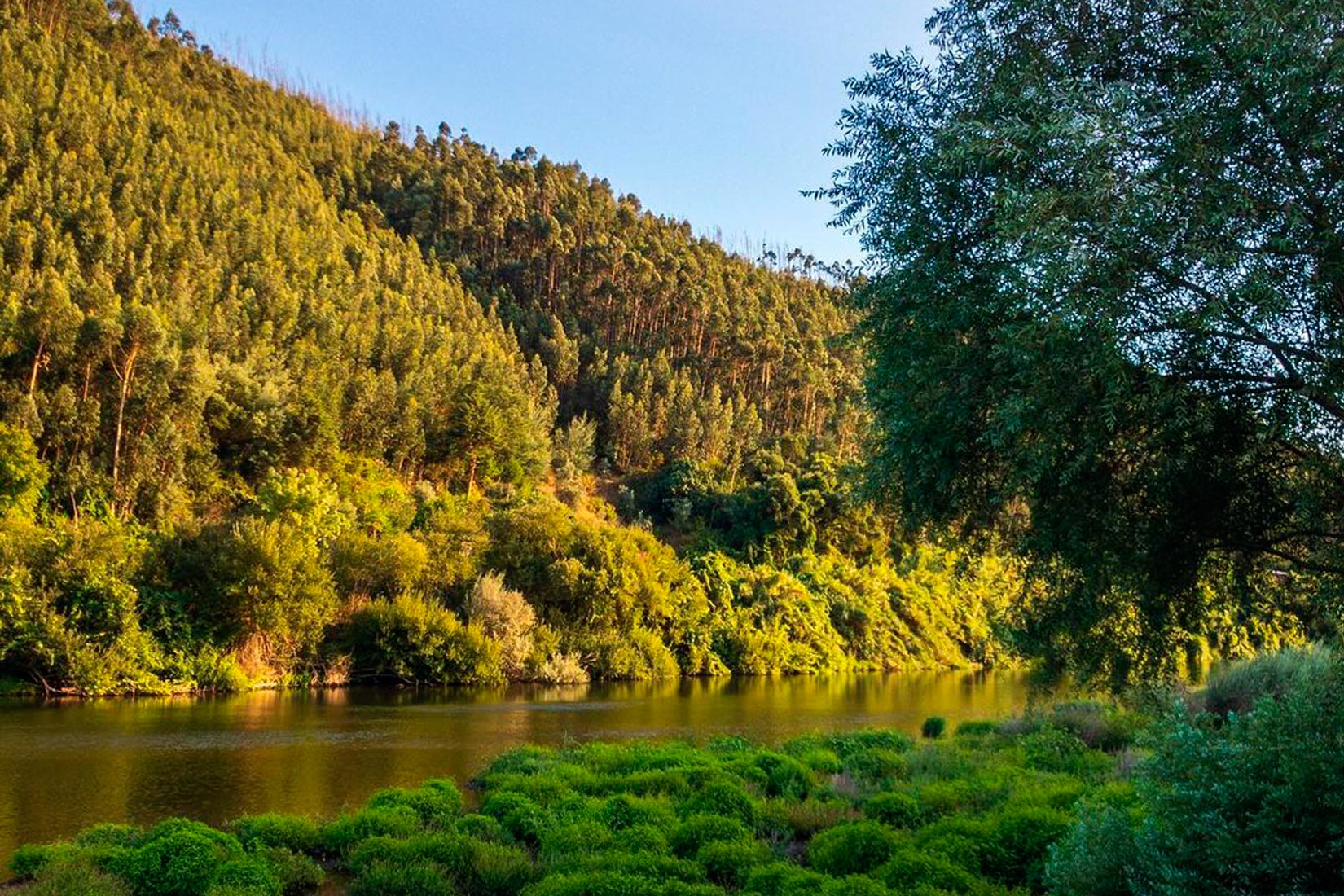 The Mondego River is the fifth longest river in Portugal and the longest river entirely Portuguese. It is born in the middle of Serra da Estrela, in a place known as Mondeguinho, in Mangualde da Serra, in the municipality of Gouveia, at an altitude of about 1525 meters. It has a length of approximately 258 kilometers.

This mountain river with strong erosive action runs through Serra da Estrela from southwest to northeast, crosses three districts and passes through important towns and cities such as Penacova, Celorico, Nelas and Coimbra, flowing into the Atlantic Ocean, near the city of Figueira da Foz .

Interestingly, the Mondego currently runs on an artificial channel from Coimbra to Figueira da Foz.

The Mondego River route is characterized by numerous meanders embedded in the upper and intermediate section. However, closer to Coimbra, the river begins its lower course, about 40 kilometers, and with a drop of only 40 meters in altitude.

Its hydrographic basin is located in the Central Region of Portugal and has a Mediterranean climate that gives it an alternating flow of floods and drought.

The Coimbra Bridge Dam, 45 km from the mouth of the river, was built in 1981, precisely to protect during the flood season, but also to supply housing and capture water for agriculture and industry. However, this and other smaller obstacles that were built had serious consequences for migratory species, as they restricted their movement and access to breeding and feeding areas.

However, and to solve this gap, passages for fish were built in these places.

The Mondego waters have different uses, being of great and special importance for the economic development of the region. It is worth noting the use of water in agriculture, in the production of electricity, in industry and also for public supply throughout the basin. The Mondego occupies an area of ​​about 6671 km2 and has an average annual flow of about 108.3 Mondego m3/s. River

In terms of biodiversity, several species can be observed along the Mondego river, highlighting the flamingos, the stork, the mallard, the small white heron, the heron, the spotted starling, the seagull . However, it is also possible to find other species. Regarding the flora, the existence of poplars, willows, ash trees, alders and water lilies is noteworthy.

The Mondego River serves as a habitat for a number of species, such as the sea lamprey, shad and yellowtail, which are a source of income for the local community.

There are a number of activities and sports that are usually practiced on the Mondego river. Thus, we can highlight sailing, rowing, canoeing and the nautical motorbike (in this case, in Figueira da Foz).

There are those who believe that the waters of the River Mondego have healing powers for the skin and, therefore, they are very popular for thermal baths, in the thermal springs of Caldas de Figueira.

The Mondego River route is of incomparable magnitude and beauty! It is a privilege to be able to enjoy its landscapes, its waters, and its shade in any of the small picnic parks, built alongside the river.

It will not be necessary to explain very well why the name “Passadiços do Mondego” was given to the structures now built. Along the entire route you can enjoy the presence of what is the largest river 100% Portuguese.