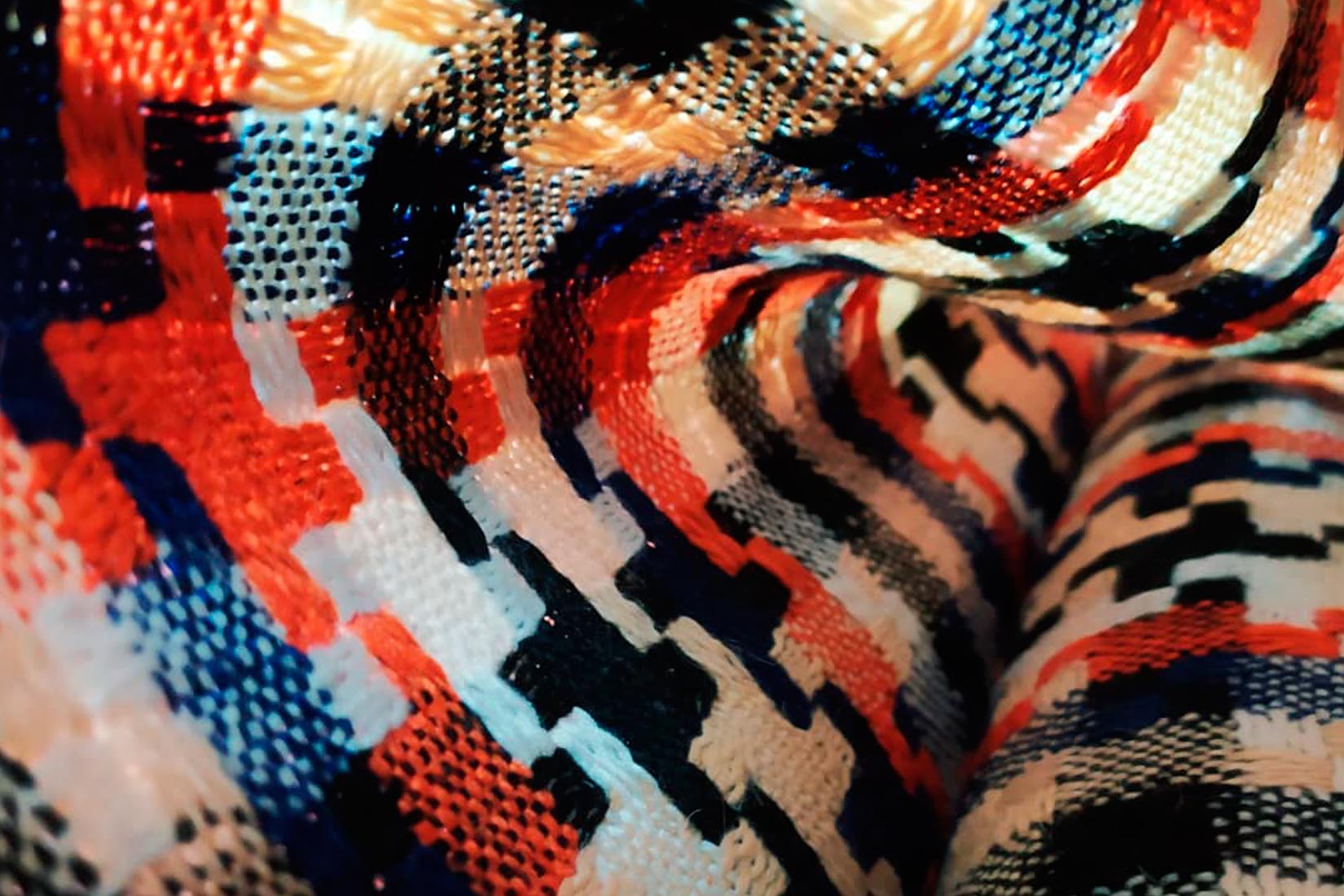 Fabrics have been, throughout history, a central concern for Man, as a basic need for protection, as a bargaining chip and as a symbol of power and wealth. Its production, made from natural resources, has assumed importance since prehistory, but it is with the first civilizations that it gains more emphasis. It is, therefore, in Mesopotamia that wool is essential, exploited through the domestication of sheep and sheep.

In Portugal, the first references to woolen goods take us back to the 17th century. This industry, which has special relevance in the Beira Interior region, will follow the unfolding of social and political events that cross our country and the world, and we currently find in this territory a set of buildings whose walls tell stories of a great period. development and that lead us to think about the path traced so far.

Throughout history, the production of domestic wool began to be concentrated in this area, due to its proximity to natural resources. Initially, socio-economic structures were agro-pastoral based, but over time they evolved into capitalist manufacturing. However, its implementation and affirmation was only possible thanks to the establishment, in this region, of a group of Jews converted to Christianity. The New Christians, as they were called, sought out these out-of-the-way regions to guarantee their safety, by allowing them isolation from the constant persecutions led by the Inquisition.

During the Modern Period, we witnessed a dependence on Portugal with regard to fabrics, which were purchased abroad, due to the absence of large-scale national production. In this context, State intervention was necessary to deal with this dependence. Thus, the action of D. Luís de Meneses, 3rd Count of Ericeira, stands out, in putting in place measures that sought to balance the Portuguese trade balance, substituting imports for nationally manufactured goods and thus ending the dependence on Spanish and English fabrics.

He also protected this national production through “pragmatic” laws, which prohibited the use of certain imported luxury products, in which the fabrics are inserted. An example of this is the creation of the Fábrica de Sarjas e Baetas, the first state manufacture, on the Carpinteira river, which was eventually reproduced in other towns in Beira Interior.

However, at the beginning of the 18th century, the Methuen Treaty opened the Luso-Brazilian market to British textiles, which had severe consequences for the pace of national production. Portugal thus fed the fragility of its productive sector, being a chronic importer of manufactured goods. It was necessary to counteract this trend, a reality that materialized with Marquês de Pombal.

Adept at mercantilist doctrines, he promoted industrial development, founded, remodeled and supported textile manufactures, essentially in the region of the borders and Serra da Estrela. He created the Royal Cloth Factory, directly dependent on the Board of Trade, which concentrated the various production processes in the same space, announcing the appearance of the first factories of vertical organization.

With the advent of the Liberal Revolutions in America and Europe, wool production in these towns in the Beira region will turn to domestic production.

By the 19th century, most European countries had started and developed their industrialization process, but Portugal remained a predominantly rural country, where industry was unrepresentative and only the 1837 customs agenda and other protectionist legislation helped protect the scarce national industry and motivate industrialists to invest.

Throughout this century, some attempts were made to invest in the industrial modernization of woolen goods, namely through professional training and the installation of the first steam engine in Castelo Branco and later in Covilhã. These changes culminated, at the end of the century, in the period known as Regeneration, in a significant industrial evolution in the region, attracting a large number of people to settle there.

After this period of accentuated growth in the process of industrialization of wool, Beira Interior plunges into a troubled period, thanks to a set of disturbances caused, essentially, by the establishment of the Republic, and by the intense labor struggle that calls into question the working and wages.

This period of decline will be stopped with World War I, where the industry finds an opportunity to produce various wool derivatives on a large scale, due to the fact that the belligerent countries have discontinued their production.

During the Estado Novo period, the textile industry will benefit from a set of protectionist measures, but will also be subject to a set of rules for the creation of new industrial units, which were followed by and rigorously by this interventionist state.

The situation of the wool industry at a regional level would benefit from the international situation resulting from the Spanish Civil War and World War II, due to the decrease in external competition and the increased demand for military uniforms, which represented a new opportunity for expansion, with special highlight for Covilhã. With Portugal’s accession to EFTA, on the one hand, greater ease of access to new markets is asserted, but, on the other hand, a competition with which Portugal could not compete, due to the lack of modernization of industrial and commercial structures.

With the end of the Salazar regime, the energy crisis, the loss of colonial markets and the rise in wages, these industries began to decay, thus being devoted to abandonment.

Along the path of the Passadiços do Mondego you can see some of the old woolen factories that operated next to the Mondego.